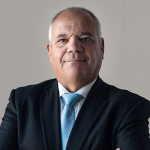 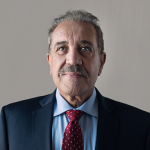 Mr. Patritti joined CGC in 2015 as advisor in the oil industry and is currently a member of the Board of Directors. He has over 40 years of experience in the industry, occupying decision-making positions such as General Director for the Americas at Repsol YPF, President of Andina Corp in Bolivia, President of Apex Petroleum Corp. in USA, member of the Board of YPF and General Manager of ASTRA Compañía de Petróleo, where he began his carrier in 1968.

Mr. Patritti holds a degree in Petroleum Engineering from the Cuyo University and a Master in Business & Acquisitions from MIT 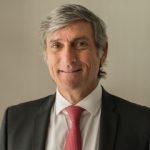 Mr. Peláez joined CGC in 2015 and served as our operations manager through October 2017. He is currently a member of the Board of Directors. He has over 20 years of experience in senior management positions in energy and infrastructure arrangements. Prior to joining CGC, he was the chief executive officer of Aeropuertos Argentina 2000 S.A., Unitec Bio S.A., Puerta del Sur S.A. and Aeropuertos Neuquén S.A. He holds a degree in civil engineering from the Universidad de Buenos Aires. 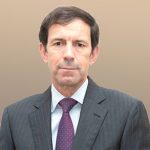 Mr Petitjean has more than 25 years of international experience in the Oil & Gas industry. He held numerous senior positions such as Financial Controller of Elf Enterprise in Scotland, Head of the Elf Group Consolidation and Reporting division in Paris, CFO of Total Austral in Buenos Aires, Executive Vice President of Dolphin Energy in Abu Dhabi and finally Head of Total Group´s Southern Cone Gas & Power division as well as Group Representative for Argentina and Chile. He also served as CEO of Gasoducto GasAndes and was a board member of both TGN and TGM. 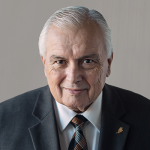 Oscar Vicente, recently deceased, worked with CGC during the last six years.
Mr. Vicente had an extensive track record in the oil industry which goes all the way back to 1966 when he entered YPF state oil company, working in the drilling, termination and repair of oil wells in Mendoza and Salta. In 1970 he moved to Perez Companc where he rose to General Manager by 1978, Vice-President in 1997 and CEO from 1997 to 2001, staying on as Vice-Chairman of the Board of Directors (April, 2001-October, 2002). He then became director at Petrobras Participaciones SA through April, 2006. Furthermore, he was Executive Vice-President of Petrolera Entre Lomas SA from 1983 through June, 2016.
He was also active beyond his company work. A founding partner of the Argentine Business Council for Sustainable Development (CEADS in its Spanish acronym) in early 1992 and its President during its first six years, he was Vice-President through June, 2006. He also presided the Hydrocarbon Exploration and Production Chamber (CEPH) for 23 years until March, 2007 and then again as from 2012, acting as secretary in the intervening period. From 2005 until he passed away in 2019, he was president of the Buenos Aires Oil Club.
Mr Vicente graduated as a mechanical engineering (1965) from the National University of La Plata, and as an oil exploitation engineer (1967) from Buenos Aires University (UBA).

• Founding partner and first President of the Argentine Business Association (AEA in its Spanish acronym) in 2002.
• President of IDEA (Argentine Institute for Business Development) in 2002 and 2003.
• President of the 40th Annual Colloquium of IDEA in 2004.
• Diploma awarded in recognition of his professional track record by UBA’s Engineering Faculty and its Science and Technology Museum in August, 2006.
• Konex Prizes for Industrial Executives in three decades (Merit Diplomas in 1988, 1998 and 2008).
• Honorary Member of the Raoul Wallenberg Foundation and a winner of the 2000 Wallenberg Prize in Buenos Aires.