Our production and development activities in Austral Basin are conducted pursuant to 26 production concessions and three exploration permits, which expire between 2026 and 2058 and represent more than 67% of our total production and our reserves base.

In January 2018, we extended our unconventional hydrocarbons production concession in the Campo Indio Este-El Cerrito block for an additional 35-year term, which represents 41% of our production as of December 2021. 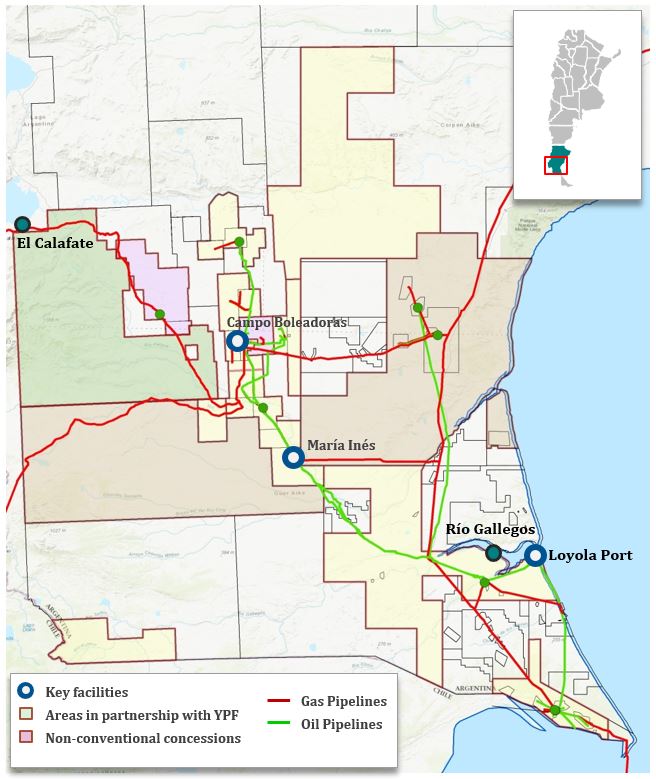 In June 30, 2021, we acquired Sinopec Argentina Exploration and Production. With this acquisition, we increased our production by more than 50,000 Barrels of oil equivalent per day (boe), balancing our product mix to approximately 63% gas and 37% oil (previously 85% and 15% respectively).

The assets incorporated in the acquisition cover more than 4,600 km2, most of them located in Golfo San Jorge basin and Cuyana basin. The acquisition included a stake in Termap, the port terminal operator in Caleta Olivia (Santa Cruz) and Caleta Córdova (Chubut).

Approximately 27.3% of our total oil and gas production and 47% of our net proven reserves are located in Golfo San Jorge basin. We have direct participation in 15 blocks and operate in approximately 15 oil and gas fields. In December 2021, we successfully entered into an agreement with the province of Santa Cruz to extend all the concessions in Golfo San Jorge basin area for another ten years. 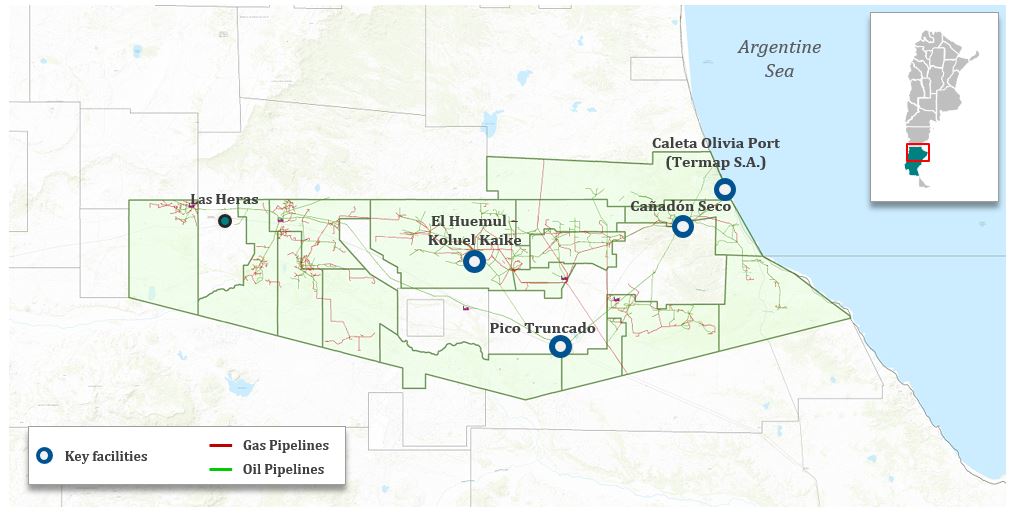 Our exploration and exploitation areas located in Cuyana basin cover a total surface of 1,022 km2. We operate in two concessions and have participation through UTE contracts in the three remaining concessions, operated by our partners.

Approximately 5% of our total oil and gas production and 3% of our net proven reserves are located in Cuyana Basin. 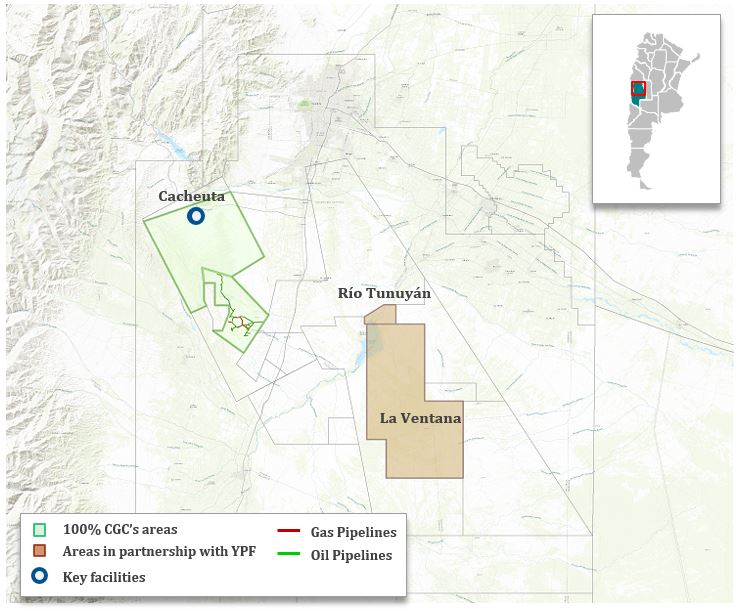 We own interests in the Aguaragüe block in the Northwestern basin for a total of approximately 4,031 km2.  To date, our joint arrangement partners have obtained 3D seismic data for 7% of Aguaragüe. 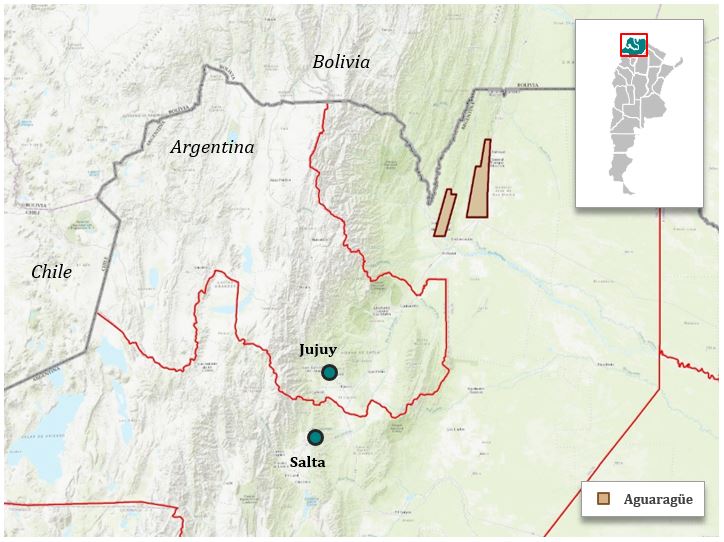 We own several infrastructure facilities in the Austral basin and Golfo San Jorge basin, including crude oil and natural gas treatment plants, gathering systems, batteries for collecting fluids at each field and more than 5,000 km of interconnection pipelines to transport production to treatment, storage and delivery facilities.

We have our own seaport, Punta Loyola (Austral basin), and a participation in Termap, operator of the seaports in Caleta Olivia (Santa Cruz) and Caleta Córdova (Chubut). This allows us to access both local and international crude oil markets.

In February 19, 2020, we inaugurated our “Sur Río Chico” underground gas storage facility, the second such facility in Argentina, which will allow us to inject approximately 1,000 Mm3/d of natural gas during the summer season and extract approximately 2,000 Mm3/d during the winter season.